If the wind conditions on the mudflats and on the IJsselmeer will not be familiar, the Frisian inland waters offer an excellent alternative. Up to two beaufort less than e.g. on the waddensea you can enjoy here on the great lakes area from Stavoren to Heeg, even up to the exciting challenges safely and be familiar. Even with extreme wind conditions inland you can still go by reefed foresail or by engine through the channels in Friesland. The many (small) places invite to come ashore ...
Explore Friesland with one of our flat-bottomed sailboats, sail in Europe's most diversified water sports area, enjoy the storm of the great lakes, the quiet of the silent canals and small waters, visit the cozy villages and towns and the friendly Frisian atmosphere and culture with a historic flat-bottomed sailor. 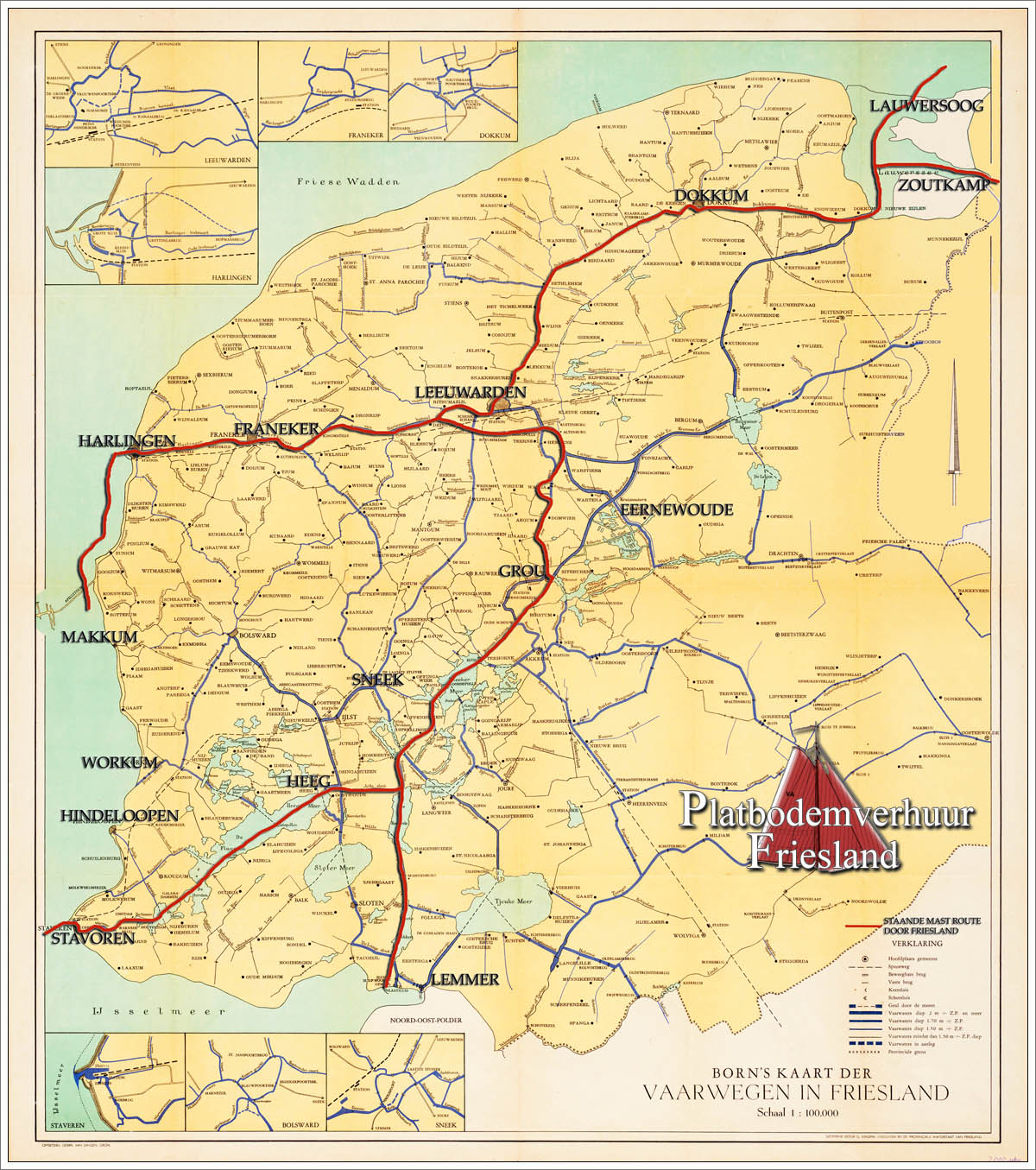 Friesland or Frisia is a province in the north of the Netherlands and part of the ancient, larger region of Frisia.
Friesland has 646,000 inhabitants (2010) and its capital is Leeuwarden (West Frisian: Ljouwert ), with 91,817 inhabitants, in the centre of the province.

Friesland is the largest Dutch province if one includes areas of water; in terms of land area only, it is the third largest province. Most of Friesland is on the mainland, but it also includes a number of West Frisian islands, including Vlieland , Terschelling , Ameland and Schiermonnikoog , which are connected to the mainland by ferry. The province's highest point is at 45 metres above sea level, on the island of Vlieland. There are four national parks: Schiermonnikoog, De Alde Feanen, Lauwersmeer (Groningen and Friesland) and Drents-Friese Wold (Drenthe and Friesland).

Friesland is mainly an agricultural province. The black and white Frisian cattle and the black Frisian horse originated here. Tourism is another important source of income: the principal tourist destinations include the lakes in the southwest of the province and the islands in the Wadden Sea to the north. There are 195 windmills in the province of Friesland, out of a total of about 1200 in the entire country.