All boats in the overview 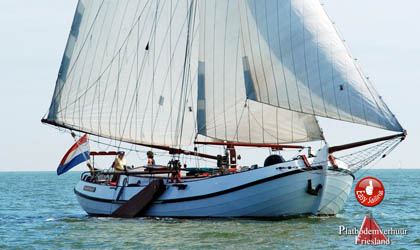 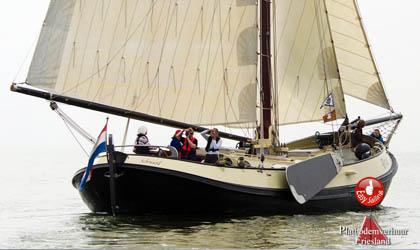 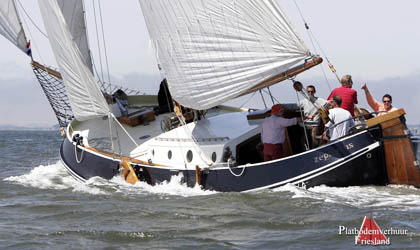 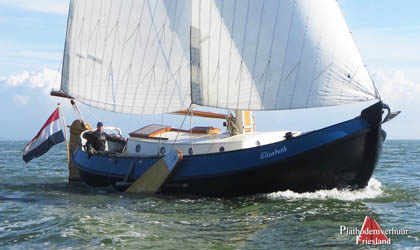 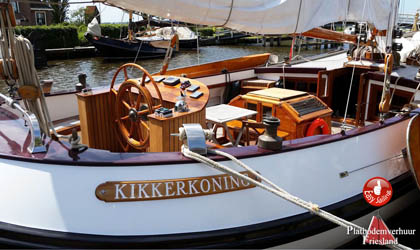 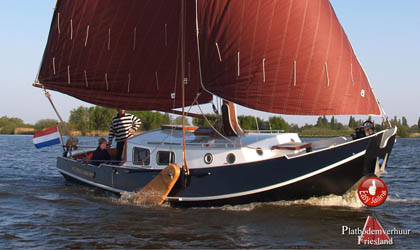 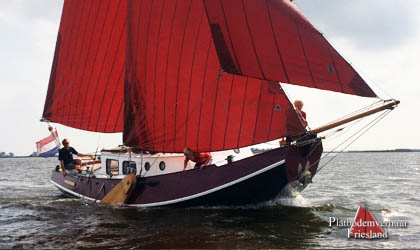 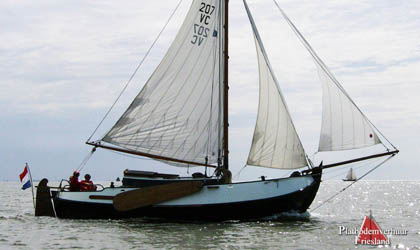 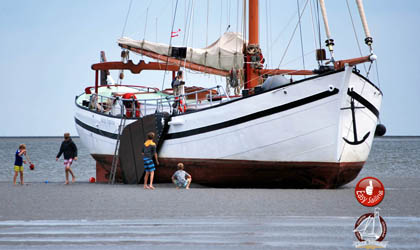 
A flat bottomed ship is a sailing ship in the sense of a flatboat, which was built mainly for use in the Wadden Sea of the North Sea and the English Channel. This ship type has no beam keel and has a shallow underwater ship. Therefore, these ships can easily fall dry in mud flat about the North Sea.

Characteristic of the flat bottom vessels are the two leeboards and the extremely low draft of around one to one and a half meters. You can also drive at low tide on large parts of the Wadden Sea. This type of ship is usually built with lengths between 7 and 30 m and has one to three masts.

In the province of Friesland, flat-bottomed barges (mostly tjalks and prams) were used to transport their cargo (peat, fertilizer, ...) through shallow channels from Friesland to Westland and Randstad.

Another group of shipowners has returned their ships to their former status as a sailing merchant ship with minimal safety adjustments. These ships are frequently registered in the Netherlands as a sailing monument in the National Register of Sailors.
Some are also used as a pleasure boat. The owners of these last two groups often spend a lot of time, effort and money to keep their ship in a good original condition. Source: among other: Wikipedia

In cargo traffic on inland waterways they are long and narrow with a great variety in design and size. These include the types as a barge, river clipper and the large family of Tjalk and Pramen. These ships were often built with a specific purpose. There are many different sizes and hull shapes. Often built for a specific sailing area. For example, with a size for a particular lock.
Tjalks in particular were the means of transport across the water in the Netherlands and were used for everything from the transport of peat, earth, sand ... with the Fries Tjalk to the passenger transport across the Zuiderzee.
Originally built as cargo ships, these ships are now mainly on the Dutch Wadden Sea and IJsselmeer and in the Wadden Sea used as charter ships.