Distances on the Standing Mast Route through Friesland

The map below shows the Standing Mast Route (Staande Mast Route) through Friesland with the distances from Leeuwarden to some places in Friesland. The times are approximate when you drive under engine, but on large sections of the canals it is also possible to sail, depending on the wind direction and power, it will take a little longer. 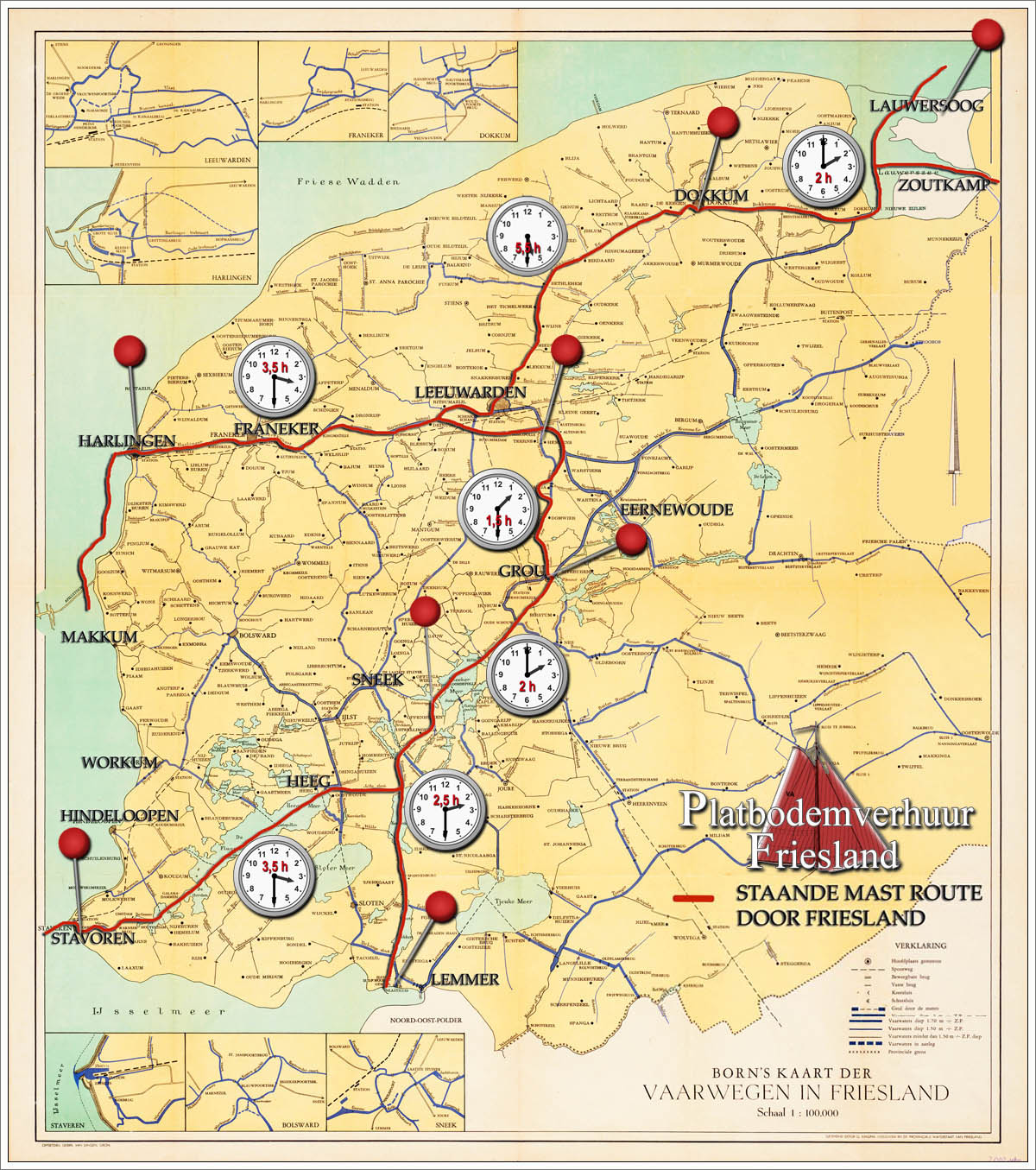 
Since some time it is possible for ships with a standing mast to travel by Dokkum around Leeuwarden to Terherne. Water sports enthusiasts will find a nice trip here, centrally through Friesland. From Leeuwarden on the Van Harinxmakanaal you can drive south via the Langdeel Aquaduct to Wergea. You drive around the village further south to Domwier and Grou.
The lakeside promenade in Grou looks cozy and invits with the pedestrian promenade and moorings for visitors. After Grou the route leads to another water sports village par excellence: Akkrum.
Ships with a standing mast can also drive around Leeuwarden and continue the Standing Mast Route direction north. Along the Prinsentuin to Dokkum via the Dokkumer Ie, a famous section of Elfstedentocht.