The heart of the Netherlands

Many historical ports, hydraulic engineering monuments, and world famous museums are situated around the IJsselmeer; sailing with the wind coming from any direction, you will always get to an interesting place. In the 7th century, the ancient Almere already was a busy cross-roads for Frisian trade, between England, France, Germany and the Baltics. In the 13th century, the arm of the sea extended to the Zuider Zee. It was full of vessels, some of the sunken ones were rediscovered when the IJsselpolders were created.

The 16th and the 17th century was the Golden Ages of the Dutch sea trade. Hoorn, Enkhuizen and Amsterdam sent their merchant vessels over the whole world and left names like Cape Hoorn and Nieuw Amsterdam as visiting-card. 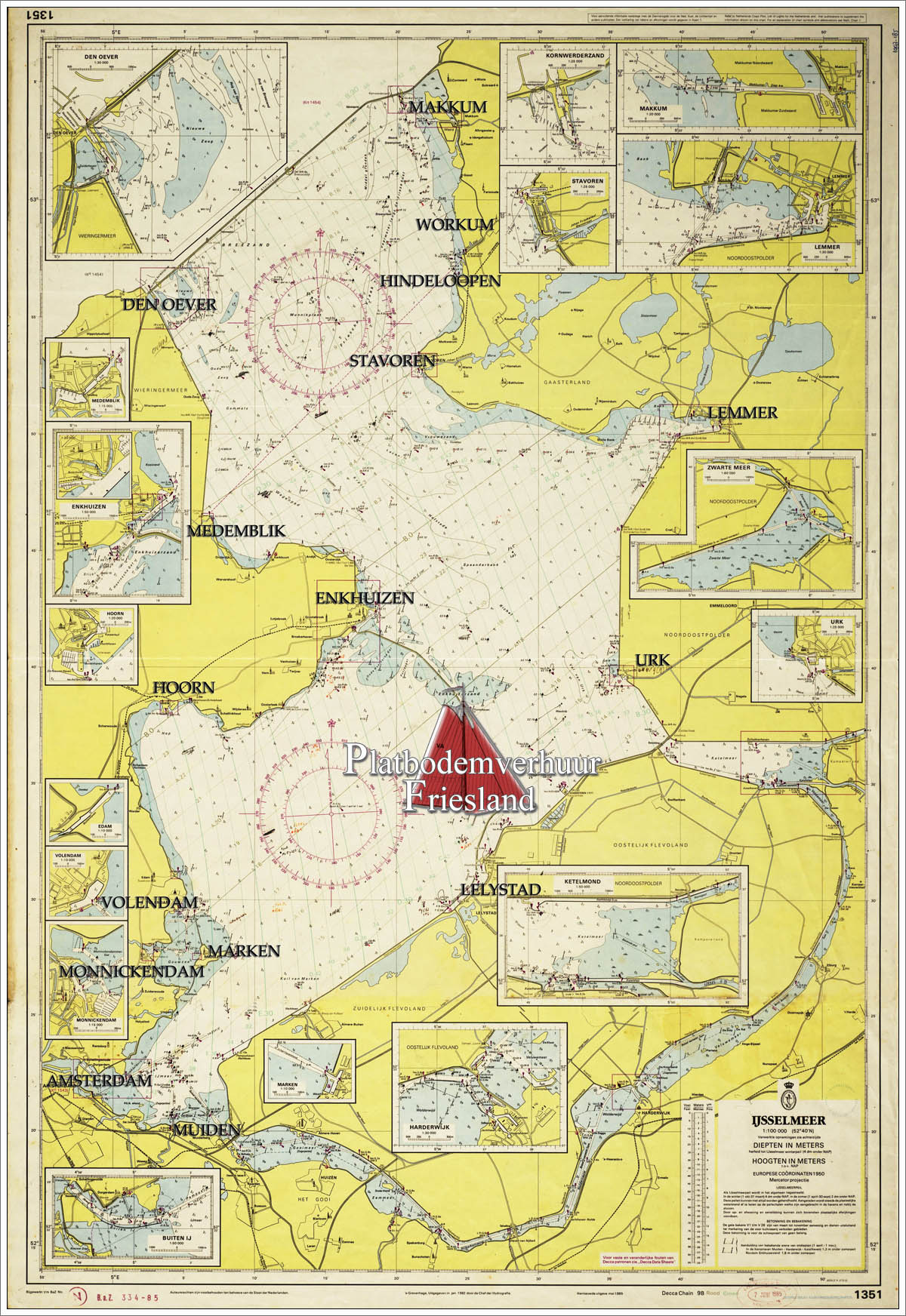 The IJsselmeer
The riches of those days are still alive in beautiful facades, ramparts and harbour works. Apart from trade, fishing was of importance: the 'jollen' from Stavoren, the 'aken' from Lemmer, the 'zeebotters' and 'schokkers' from Urk, Schokland and Enkhuizen, the 'botters' from Marken, the 'kwakken' from Volendam, the 'schouwen' from Hoorn and the 'vletten' from Den Helder, fished with crossed and drag anchovy nets, drag-nets and standing nets.

The open Zuider Zee was at that time as rich a breeding place for fishes as the Waddenzee today. The IJsselmeer is in itself a place of interest, with the heavy Afsluitdijk, that separates the Zuider Zee from Wadden since it's construction in 1932. It's oldest polder, the Wieringermeer, connected the island Wieringen to the mainland. The same happened to the islands of Urk and Schokland in the North East Polder.

The old fishing area of Elburg, Harderwijk, Spakenburg and Huizen got the South Flevoland polder at their doorstep. It was a loss for the ancient culture, but inundation's and salination on the Zuider Zee coast were brought to a halt. And it gave us a beautiful monument of hydraulic engineering.

IJsselmeer is a shallow artificial lake of 1100 km² in the central Netherlands bordering the provinces of Flevoland , North Holland and Friesland, with an average depth of 5 to 6 m. The IJsselmeer is the largest lake in Western Europe. The IJsselmeer is a freshwater lake fed through the Ketelmeer by the river IJssel, which gives it its name. It is mainly fed by water from the Rhine since the IJssel is a branch of it.

The IJsselmeer was created in 1932 when an inland sea, the Zuiderzee , was closed by a 32 km dam, the Afsluitdijk. This was part of a major hydraulic engineering project known as the Zuiderzee Works, that years later led to the reclaiming of land from the IJsselmeer, thereby diminishing the size of the lake.

In 1975 the IJsselmeer was further split in two by the completion of the Houtribdijk, now also called Markerwaarddijk because it was originally designed to border the Markerwaard ; this dike runs from Enkhuizen southeast to Lelystad. This former southern part of the IJsselmeer is now the hydrologically separate Markermeer.

The IJsselmeer functions as a major fresh water reserve, serving as a source for agriculture and drinking water. It also offers a number of opportunities for recreational activities.