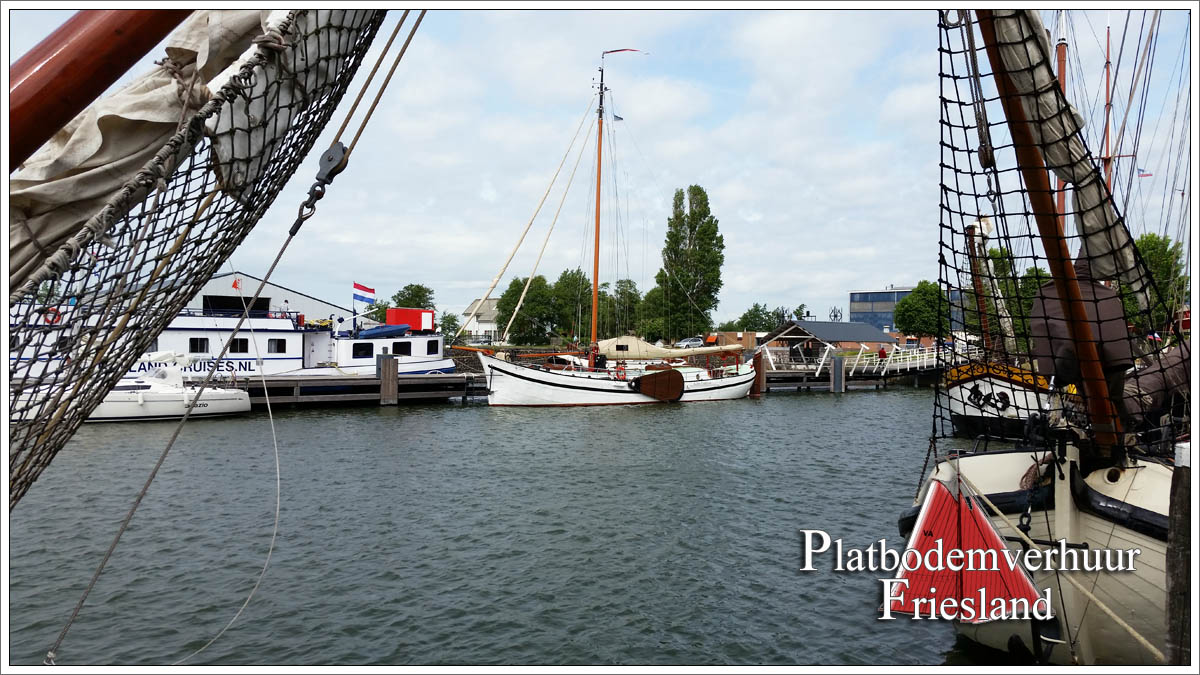 Stevenaak AALTJE ENGELINA in marina Stavoren
Stavoren is the oldest of the eleven Frisian cities. The village was built around the year 900 on a stream and gained between 1058 and 1068 city rights. In 2011, Stavoren celebrated 950 years of city rights. Stavoren maintained good trade relations with the countries around the Baltic Sea and was from 1385 Hanseatic city.
Importance Stavoren gained by importing grain from the Baltic Sea countries, which was needed for the rapidly growing Frisian population.
The biggest setback for Stavoren is expressed in the legend of the Lady of Stavoren. Legend has it that a rich shipowner commissioned one of her captains to bring the most precious thing in the world. The captain came back and brought a load of grain. In her anger, the shipowner's wife dropped the cargo of grain in the harbor overboard. As a punishment for their pride, the port of Stavoren silted up. In the present time, merchant ships have given way to pleasure craft. During the season, many boats pass the locks of Stavoren to get from the Frisian lakes to the IJsselmeer or vice versa.

Approximately 5 minutes by car from the berth of Lemsteraak ELISABETH is a large supermarket (COOP, De Bleeck 1, 8715 EJ Stavoren). Here you can provide food. Furthermore, you will find various retailers for water sports equipment, clothing, souvenirs, ...
Various restaurants, such as Pizzeria, steakhouse, cafes ... and snack bars are spread all over the place.