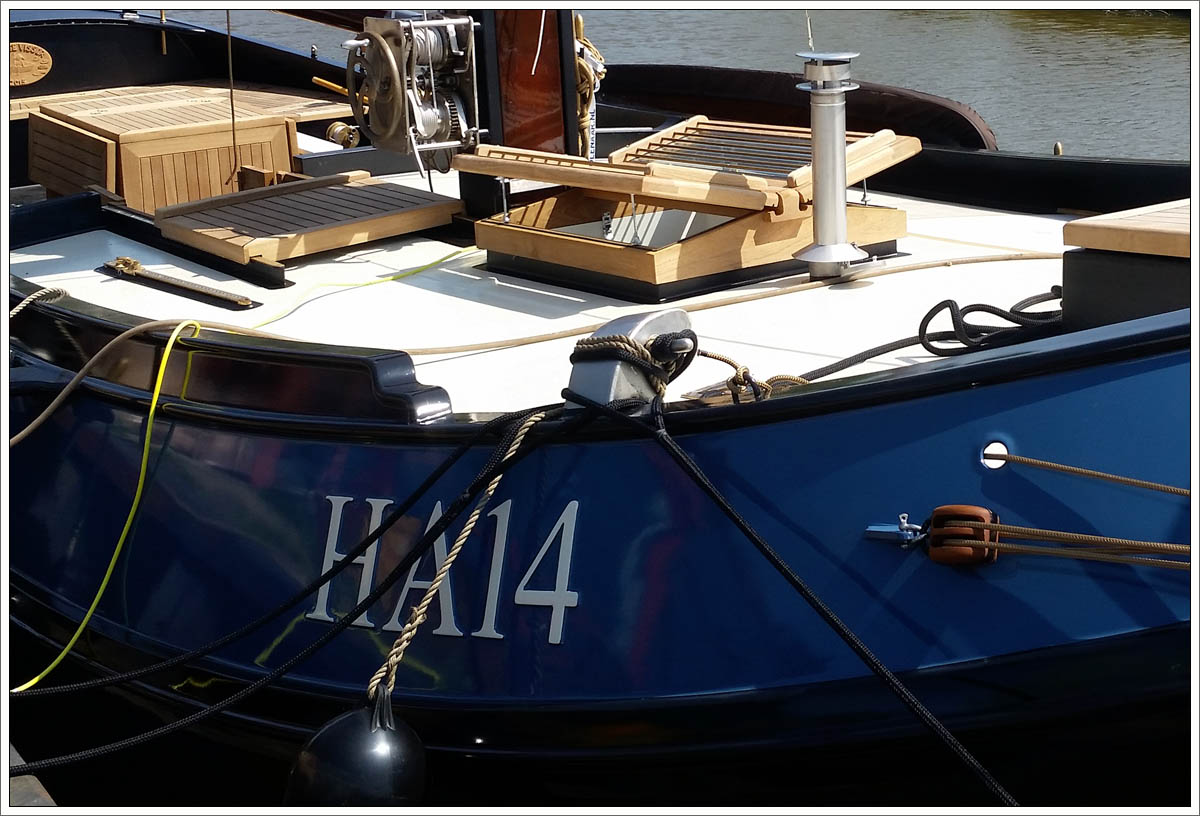 Visserman HA 14, home port Leeuwarden
The village is situated northeast of Terhorne, northwest of Akkrum and west of Grouw. The centre of the village is on the west bank of the river Boorne and has several houses. The river Kromme Grouw connects it with Grouw, to the south is the Prinses-Margriet Canal and to the west is the Sneekermeer.

There are no supermarkets in the village of Jirnsum, but if you come by car about 10/15 minutes away you can choose from several supermarkets (Jumbo, Poiesz) and discounters in Grou. Here you can supply yourself with food. In Grou you will find more shops in the city.
In Jirnsum there are two social cafés, both within walking distance of the HA 14 berth.