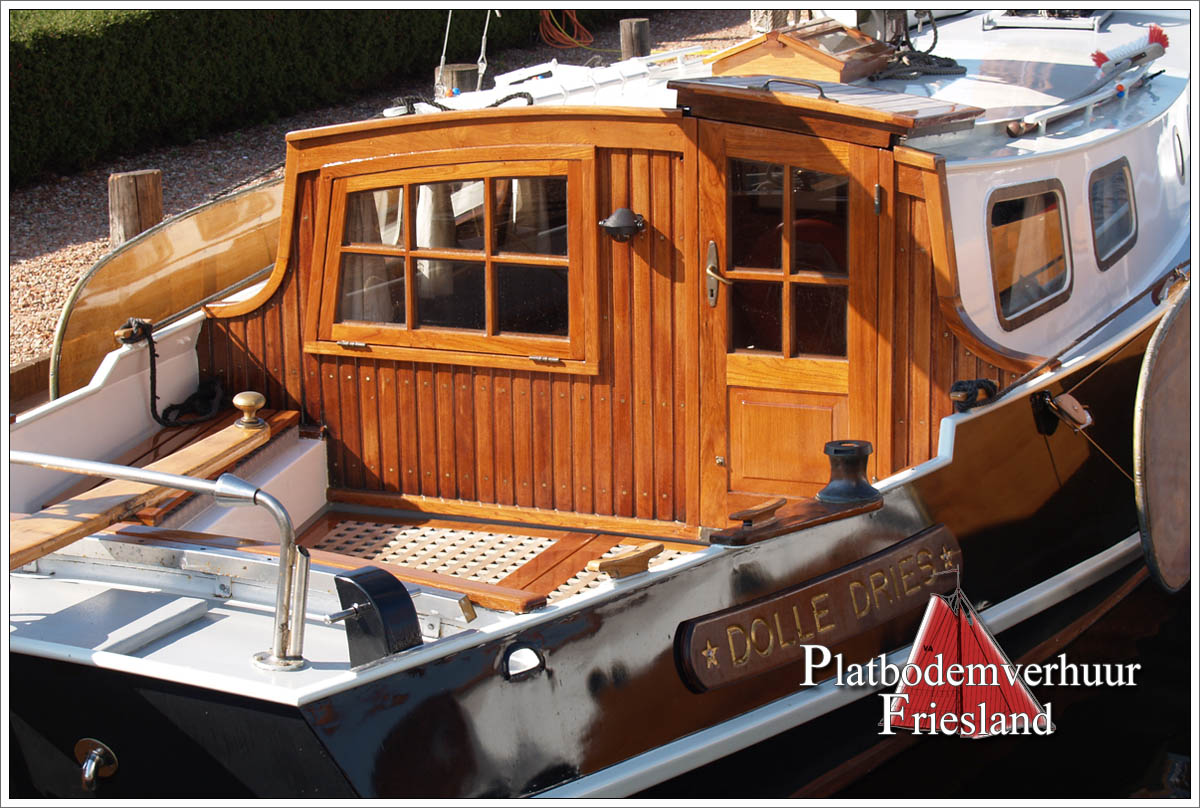 Zeeschouw DOLLE DRIES, home port Leeuwarden
Leeuwarden (fries. Ljouwert) ( 94.000 Einwohner)
Leeuwarden is the capital city of Holland's Friesland province. The unique history of Friesland, with its distinct culture and language, is displayed in Leeuwarden's museums and captured in her agricultural traditions. The spy Mata Hari was born in Leeuwarden.
You will find a city filled with monuments of a stylish past, such as the imposing Oldehove Tower. For nearly five centuries, this leaning tower has managed to hold out. Palaces and other buildings and monuments remind visitors of the days that the aristocratic Nassau family lived in Leeuwarden. This is also the place to learn about Mata Hari, the dancing diva and double agent spy, who grew up in this city. Don't miss the statue of "Us Mem", the proud mother of the Frisian pedigree cattle. Leeuwarden is also a center for trade and industry, has a varied nightlife and beautiful museums. In short, you are sure to like Leeuwarden.
The city is also the starting point of the world's most unusual skating marathons. The Elfstedentocht leads in cold winters to 200 km total length by the eleven Frisian cities Leeuwarden, Dokkum, Franeker, Harlingen, Bolsward, Workum, Hindeloopen, Stavoren, Sloten, Ijlst and Sneek. Buckles on the frozen canals are crowds eingemummter people their skates on the feet. The last competition was held in 1997.
For many years lived Pieter Stuyvesant, whose name is thanks to a renowned brand of cigarettes in the presence remained a term in Leeuwarden, before he was appointed across the Atlantic to the governor of the Dutch colony of New Netherland and later at the same place New Amsterdam, now New York founded. He is one of the most famous friezes, which has brought forth the province in the far north of the country.

Not even 5 minutes by car from the home port of Zeeschouw Dolle Dries at Watersport Twee Provinciën and Yacht Charter Leeuwarden (De Zwemmer 1, 8939 CA Leeuwarden) is located a small shopping center with a supermarket (JUMBO, Kruisdobbe 4, 8939 BB Leeuwarden). Here you can provide food. You will also find a HEMA and a snack bar here.
In the capital of Friesland you will find restaurants for every taste. Some are also located in the spacious pedestrian area in the center. Every Thursday is "Koopavond" and all shops are open until 21.00 h.